All in God’s time. That’s what we kept reminding ourselves when it came to visiting Africa.  Central and South America were closer and we had a steep learning curve in our first four years. We have visited 38 orphanages primarily in Guatemala, Honduras, Mexico. We still have much to learn and our work will continue there. However, with literally hundreds of requests from Africa, a growing group of volunteers, amazing donors and an established process to evaluate orphanages we believe now is the time to add Africa to our mission. The need there is enormous.

In July we will make our first trip to Ethiopia, Rwanda, Uganda and Tanzania with a mission team including board members and new volunteers who have joined our cause. In those four countries alone there are over 10 Million orphans. We know that it will be a completely different place than we’ve ever visited. The culture, the AIDS epidemic, the wars, the famines are a world apart from our work in Central America. With God’s grace we will continue to seek the path we believe He wants us to follow. We are ready, and we will begin by visiting five orphanages in Ethiopia, Rwanda, Uganda and Tanzania.

We were first introduced to AHOPE via Julie Wadler, who owns a fundraising company in Virginia. In 1997, there was a need for facilities to care for orphans in Ethiopia. More and more of the orphans in care were testing positive for HIV. In 2002, a home known as the ENAT HIV Children’s Center was established exclusively for the care of orphans infected with HIV. At the same time, Kathy Olsen started a non-profit charity to assist in the funding of the home for the HIV positive children. That group is AHOPE for Children.

Thanks to President Bush’s Emergency Plan for AIDS Relief (PEPFAR),in September, 2005, the first pediatric program to provide lifesaving antiretroviral medications in all of Ethiopia was establish at AHOPE Ethiopia. AHOPE partnered with Worldwide Orphans Foundation (WWO) and the program was administered through WWO’s newly established mediator AIDS clinic in Addis Ababa. The focus of care and outreach changed dramatically with the arrival of ARVs; what was once considered a hospice program which anticipated death AHOPE became a program of hope for a real future for every child. 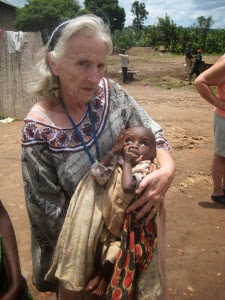 Lisa Martolotta reached out to me in 2014 asking that we make a visit and support projects at the orphanage. She is American but currently lives with her husband and daughter in Switzterland. She spent two years in Rwanda and is chairman of the board.

Arlene Brown began her life in Africa in 1996, at the age of 65, as a relief worker in refugee camps following the Genocide. In 2004 she made a permanent move to Rwanda to work with non-profits for children. In 2006 she began her current work creating a home for children.

Hundreds of thousands of children who managed to live through the 1994 genocide and its aftermath in Rwanda are struggling for survival in desperately impoverished situations. Due to AIDS, disease, and poverty many younger children have become orphans or throw away children.

The number of vulnerable children in Rwanda is not decreasing. They are without help. Most of them live in loneliness, neither loved nor cared for. Many children have been traumatized and the psychological consequences of invisibility and powerlessness is devastating. These circumstances overwhelm them. Most, feeling hopeless about their future, end up wandering and begging in the streets where they are routinely exploited, girls in particular. Hope Made Real believes that all children are precious and are a sign of hope for Rwanda’s future. 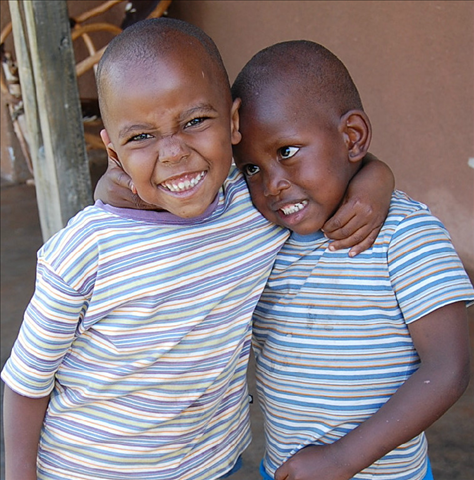 The Children’s Village staff works with local village leaders to identify the children in the surrounding community most in need of the safe haven RVCV can provide. From the moment they step through the gates, these children become permanent members of the RVCV family. They prepare them to become informed, resourceful, and responsible citizens in their community and throughout Tanzania.

A team of Tanzanian social workers, international staff, and volunteers work with each child to ensure that they are physically and emotionally cared for and that they have the opportunity to learn and grow into responsible, happy, healthy adults. When they arrive, their children often suffer from malnutrition, weakened immune systems, and emotional scars. However, almost immediately, the healing process begins. Living together – doing chores alongside the Tanzanian housemothers and reading books with the volunteers – the children become members of a unique community which balances laughter and learning in equal measure.

Organized around a family model, the children live together in houses of twelve, with three Tanzanian house-mothers, one Tanzanian student teacher, and two international volunteers. 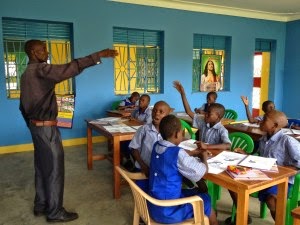 The Village of Eden

Planning for the village of Eden was begun in 2008 by doctors Brenda and Richard Kowalkse of Gainesville, Georgia. Eden began with a school and is a larger ministry with an orphanage. It has a strong and vibrant base of support in Gainesville with Gainesville First United Methodist and First Baptist, churches that of were the backbone of our World Orphan Fund Gala there in 2013.

Their vision for the 133-acre complex is a Village/community with the Church at the helm of leadership. Currently they have 4 children’s duplex cottages, each with 2 bathrooms, 2 bedrooms (each housing 4 children), a common area, a bedroom for the housemother, and a kitchen. The cottages are home for the children, a place where they “belong,” and are loved, as well as held accountable for chores, grades, and interaction with other family members. A senior person oversees the housemothers, which are trained up widows. They are allowed to send one of their kids to school. And stay 3-4 days at a time. There are 7 housemothers.

Village of Eden Christian Primary currently has a Nursery School to Primary Four; and over time they plan to a offer secondary school, technical training, and Bible training. 100 children from the community and orphanage attend the school.

The future vocational school will encompass several programs including farming (animals and crops), baking (commercial), sewing, cosmetology, auto mechanics, woodworking (crafts), carpentry (building), cabinets/furniture, and metal/welding shops. Training in these targeted areas will help the senior children learn a trade and to produce items so that the complex can be self-sustaining.

Construction of a medical clinic began September 2014; it will be staffed by local health care providers, who will provide acute medical care for the children, staff, and surrounding community. Initially, we will offer primary care for children and adults; prenatal and postnatal care; immunizations; laboratory services; and wound care. During Phase 2 of construction, they will add Radiology Services, minor surgery, and in-patient care. 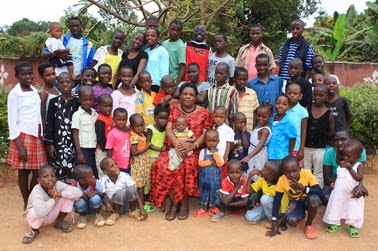 We were asked to visit Bright Kids Uganda by Carly Wilson, a Canadian volunteer working at the orphanage. BKU houses, feeds, and educates 98 children who are orphaned or otherwise desperately needy.

It wasn’t until 2000 when Victoria Nalongo was serving as Chief Commissionaire for Scouts in Uganda, when  she came face to face with the reality that actually most street kids longed for what they would call home and loving arms to run into. Victoria saw that her role could be more effective if she began her own orphanage to care for the children of Uganda and as a result she started Bright Kids Uganda. then called Sunrise Children’s Village, in April 2000.

Bright Kids Uganda provides a home and education forchildren who have been affected by violent conflicts in Northern Uganda, HIV/AIDS, poverty and abandonment.